A college student found dead in her dorm room. A detective wary of college professors and a campus where the major activities are sex, taking drugs and drinking alcohol. Lt. Schwein is unconventional, opinionated, and politically wary yet highly perceptive and intelligent in his own way. Loose ladies, a mother who plays with dolls, and more than one un-hinged psychiatrist are all set within an exciting case that twists and turns from the apparent to the implausible. Feel free to chuckle through this well-constructed and entertaining who-done-it.

My phone rang and woke me. Putting the cell to my ear, I groggily forced my eyelids apart. “Schwein here!”

...Homicide on a college campus seemed peculiar. Sure, college kids killed themselves with alcohol and drugs, but, unlike street kids, this group usually wasn’t into murder.

As I neared the dorm, I observed the coroner’s blue car, a black-and-white, and an ambulance with its lights blazing. The 1930s-style brick dorm, whose façade urgently needed patching and pointing, stood three stories tall and reminded me of a rundown tenement building. Obviously, the students’ parents were annoyed enough by their daughters’ thankless appreciation for their pre-college good life that they wanted them to live in dilapidated austerity for four full years, their twisted notion of guilt-free revenge. Why else would they pay fifty-thousand dollars a year for a rundown babysitting service?

No parking spot in sight, so I drove onto the green and made two deep ruts in the spongy lawn. I felt pangs of guilt for defacing Tier’s green, but quickly pushed the inkling from my mind. Shortly after I exited my vehicle, a uniformed officer dashed across the lawn to meet me. “I’m Patrolwoman Kira Huhn.” She smiled as she caught her breath. “You must be Lieutenant Michael Schwein.” 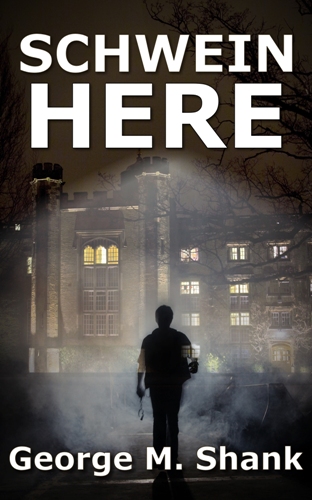